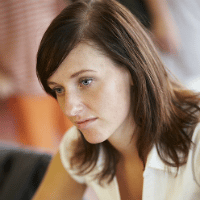 Someone with an avoidant personality disorder suffers from a lot of uncertainty and fear in friendships and relationships. He or she hardly dares to open up in company and finds it difficult to show himself to others. The fear of doing or saying the wrong thing leads to a long wait. Sometimes this person is said to have an avoidance disorder. Only when someone with an avoidant personality disorder feels that he or she is accepted will he or she slowly loosen up.

A characteristic of an avoidant personality disorder is that you feel inferior. You think negatively about yourself and you constantly worry about what others will think of you. Getting feedback and criticism is difficult because you see every comment you get as confirmation that you are not nice, or boring, or stupid.

Avoid activities because they involve a lot of social contact
You worry about possible rejection.
You have difficulty maintaining friendships and relationships because you are afraid that you is considered weird
You have trouble making new contacts
You only want to interact with people if you are sure they like you
You worry that you will be rejected in social situations
You find it difficult to take on new activities
You have low self-esteem
Take the test
Want to know if you might have symptoms of a personality disorder? Our partner PsyQ has an online self-test.

This online self-test is not specifically aimed at avoidant personality disorder. The test gives you an indication of whether you may have a personality disorder. Please note: the result of the test is an indication and is not a diagnosis. Make an appointment with your doctor if you recognize yourself in the test result. He or she can refer you to a specialist practitioner.