Fear, stress and gloom due to corona: stories behind the numbers 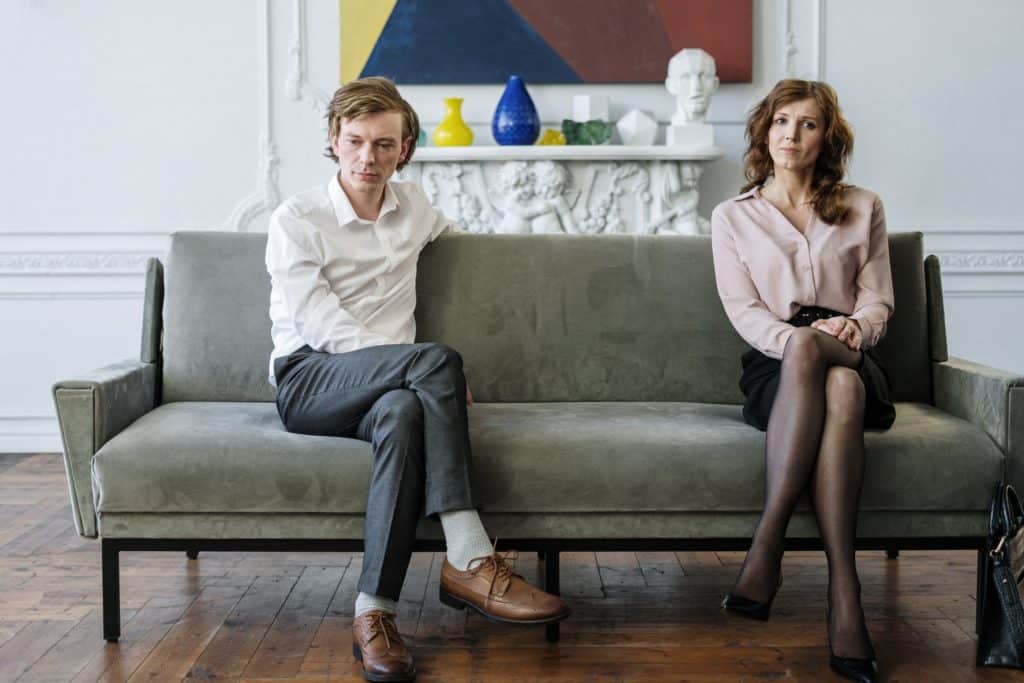 Since the corona crisis, the numbers have been flying around us. Not only from the RIVM, about the number of people who have died or the number of new infections. In the meantime, results of research by sociologists, behavioral scientists and happiness researchers are also published almost daily about the impact of the crisis on people’s well-being. A large Dutch-Rotterdam study led by Godfried Engbersen, in which I myself participated, shows that 40 percent of the respondents see the corona virus as a major threat to themselves. Since the corona outbreak, a quarter to a third have experienced more anxiety and stress and feel they have nothing to look forward to.

Biggest change due to corona outbreak
In the questionnaire of In the research led by Engbersen, we asked not only closed questions, but also some open questions. One of them was: What is the biggest change in your daily life for you personally as a result of the corona outbreak? The questionnaire was completed by more than 6,500 respondents throughout the Netherlands and 1,500 in Rotterdam (between 3 and 13 April), resulting in a wealth of high-quality material. Most often people mentioned sitting at home, not being able to see children and grandchildren (especially the grandchildren!) and social contact via screens as the biggest change.

Even though they were not directly asked about this, many people mentioned feelings and emotions they experience due to the corona crisis. An initial analysis of the thousands of responses resulted in a selection of more than 400 responses containing words such as fear, stress, insecurity, annoyed, busy, gloomy and depression. The answers show a wide variety of underlying reasons, which should not all be lumped together.

Lack of normal life
Some respondents indicate that corona would not have a major impact on them. has. For example, because they are retired and have always done a lot in and around the house, or because they normally also worked from home. But because the world around them has changed, this can still cause irritation, as the quote below shows.

Actually little [change], because I’ve been working from home for years and love it. u2018Vervelendu2019 I suddenly find all those people in the neighborhood during the day who ‘walk around’ while I used to be able to walk my dog. That is actually the biggest irritation I experience (“busyness” of new “workers” from home).

For others there is not one big change, but the sum of disruptions to normal life creates stress and irritation.

That hateful working from home, pressure from the employer causes stress, no more use of manual therapy, hairdresser, etc. No more freedom to move on the street or go somewhere. The measures in the stores bah. The increased nuisance due to neighbors noise, especially music and outdoor life.

Stress due to too much or too little work
Respondents often also mention changes in education and work that lead to reduced well-being. Students who miss contact with fellow students due to digital education and who do not get into their rhythm. Parents working at home who are busier than ever and have no time for themselves.

I myself am not afraid of covid (as long as we adhere to the measures) but the work pressure does cause a lot of tension, stress and fatigue.

But having no job or uncertainty about the loss of income also causes many respondents to feel anxious and stressed. Young people who had almost completed their education and were about to enter the labor market are now unsure about this. can walk.

Some respondents now have fewer negative feelings than before, because they have more time for relaxation and reflection. There is less work stress not only for some adults. The pressure is also less for some children, as one respondent indicates.

It is quieter at home, now that all three children are limited in choices and a lot of ‘musts’ are no longer there, the mutual stress away. For me, it mainly shows how ridiculously much pressure there is normally on their shoulders. Back to basic is good for our family.

Fear among risk groups and healthcare providers
The above feelings are mainly related to government measures against further spread of the virus. But many respondents also fear and insecurity about the virus itself: to become infected themselves or to infect others. This mainly concerns people who themselves belong to the risk group (because of age or health problems) and people who provide paid or unpaid care to vulnerable groups.

A respondent who belongs to the risk group and is in home isolation , indicates being lonely and anxious: u2018very afraid that if I get sick, I will not get treatmentu2019. Another says you2018 live in continuous anxiety because his wife is a COPD patient. Pregnant women and their partners are concerned about the impact of the coronavirus on the course of the pregnancy and on their unborn child.

Among employees in care for the elderly and people with intellectual disabilities, there is also a lot of fear, both to become infected yourself and to infect others.

I work in a nursing home, so the work continues, but now corona has also been detected there, and we worked unprotected and are not tested if we have no complaints… that is frightening.

There are various concerns among informal carers. First of all, not being able to visit elderly and/or sick relatives. Second, there is fear of contamination when visiting these loved ones.

As a caregiver to a partner with a disability and son with an autoimmune disease, I feel an increased responsibility in taking care of their needs without them to infect. Both are forced to quarantine. Each at a different address. Every change of address scares me.

Thirdly, some informal carers are concerned about loved ones who may not be able to receive the medical treatment they need due to the corona outbreak. The quantitative data already showed that around 20 percent of the Dutch and Rotterdam respondents do not receive the necessary treatment themselves.

My partner has a tumor in his head. They are figuring out how to treat it. We are afraid that the treatment will be postponed due to Corona. We currently do not know whether it is benign or malignant. We are in a lot of uncertainty and can’t find any distraction right now.

Worry about the world
The concerns and fears discussed above mainly concern respondents themselves and their immediate environment. However, some people are not so much afraid of the here and now as of the future of the world. Confidence in the Dutch government has increased, but some respondents have less confidence in world politics led by u2018 rulers China, Russia, Americau2019, where everything u2018 revolves around moneyu2019. One respondent writes that he hoped that the corona outbreak will be a tipping point for you2018 people, animals, environmentu2019, but is now afraid that we will fall back into our old patterns. Another respondent fears major change.

Feeling of uncertainty. [I] spent 40 years working as a tech in science education, thought we as humans had everything under control and now this. Nature is much stronger than man. And I have to get used to that.

The respondents’ answers mainly support the finding of increased gloom and depressed feelings. For example, they indicate u2018 to be gloomier than everu2019 or to see no u2018 light in the darknessu2019. Various respondents who already suffered from depression indicate that this has increased due to the corona crisis. They cite the lack of desired distraction and the care they usually receive as the reason.