How does a grown man get rid of his insecurity? 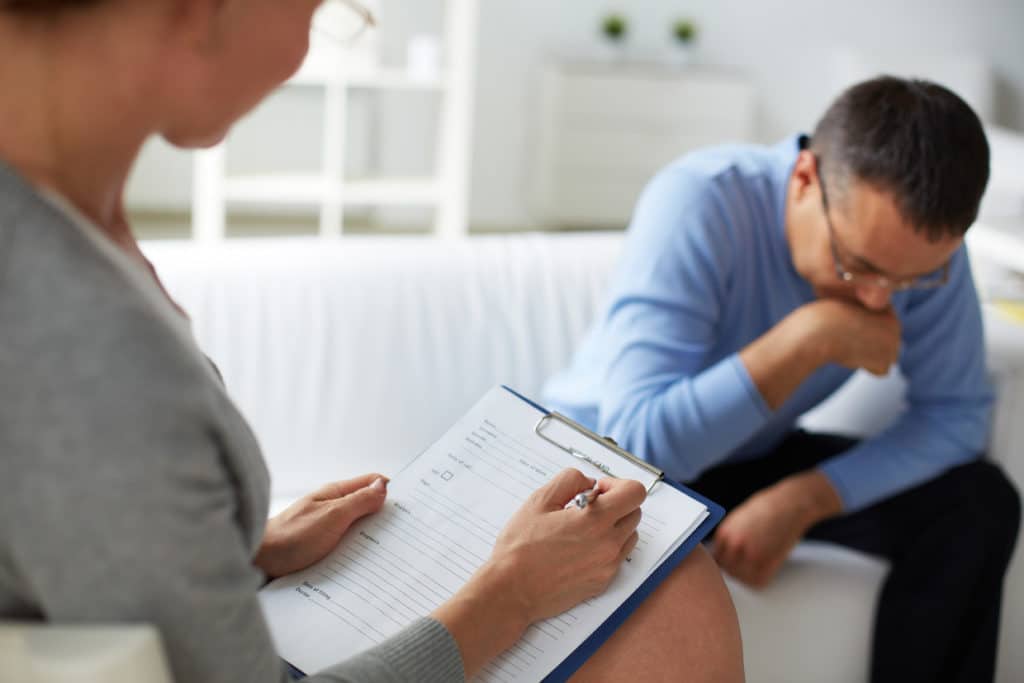 A highly educated man with a good job keeps doubting himself. There’s a promotion coming up, but I’m sure he won’t succeed. He’s in a relationship, but that too can’t be here to stay.

Could this man benefit from therapy to overcome his doubt and insecurity? Clinical psychologist Trix Schreuder from Sassenheim thinks so. “The first thing we do in cognitive behavioral therapy is detect his automatic thoughts, as we call it. That way you find out where his problem is.”

Key idea
By asking very concrete questions the client can come to his core idea, for example: ‘I’m not good enough’ or ‘I’m worthless’. The first step is always awareness. At one time the client started to think this. Asking about this gives the therapist a direction where the problem may lie, in this case his negative self-image.

Probing questions is decisive: “What exactly are you afraid of?” Schreuder considers it important to investigate whether an idea is realistic or not. In psychologists’ terms, this technique is called ‘challenging the mind’. Schreuder calls the way someone talks to themselves inwardly “self-talk.”

“What is a client’s self-talk?” is what a therapist fishes for, to put it disrespectfully. Concrete examples work best. Perhaps father, mother or a teacher once said that he cannot do something.

You can then apply EMDR to such a situation. A relatively new method in which the eyes follow a certain movement, or the ears listen to a tick-tock sound. That is the distraction that weakens the negative emotion. “You can treat every situation like this,” says Schreuder. The intention is that someone slowly but surely gains more self-confidence.

Homework
She also has a book tip. ‘Negative self-image’ by Manja de Neef is easy to read and suitable for self-therapy. “The core is that these types of people mainly see things that go wrong, but have no eye for what goes right. You can start a white paper with positive experiences as homework, which will slowly give you a different view of yourself, the other person and the world. “

We knew that women often feel insecure. But does this also happen so much in men? Yes, says Schreuder wholeheartedly. At least, in her practice. Cause? “Suppose you had parents who said: ‘You never do anything right’. As a child you can start to believe that.” Are such parents still around? “If only you knew! Being very critical is also deadly. That there is always room for improvement.”

Character
Doubters often set high standards and are perfectionists. “This guy doesn’t want to fail. He’s looking for validation. The last thing he wants to hear is his relationship breaking down.” The goal of therapy is to help you feel more comfortable in your own skin, and to get rid of your insecurities.

Some people think that their nature makes them heavy-handed. However, gloomy people can also benefit from thinking differently. A second book that Schreuder likes to advise doubters to start thinking more realistically is: ‘I can think/feel what I want’ by René Diekstra. “That can help a lot to start thinking more realistically. Of course someone can have a personality disorder and it used to be thought that nothing could be done about it, but nowadays there are good treatments for it. This does not seem to be the case with this gentleman.”