SMART ENOUGH TO BE GIFTED? 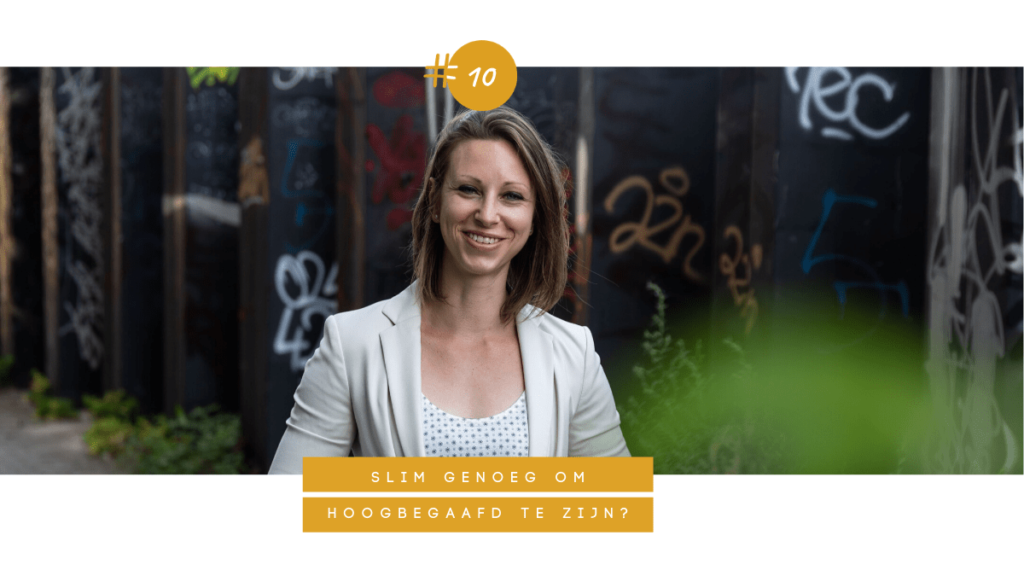 When someone first pointed out giftedness to me, I thought to myself, u2018Well no, I don’t think sou2019. I didn’t think I was smart enough for that at all. Not because I thought I was stupid, but rather because when I was gifted I had that image of those people who skipped three grades and are the smartest in the room everywhere. At the same time I saw in myself the hard work I had to put in for the results I achieved. And how difficult I found certain seemingly simple things.

Simply put, I didn’t think I was smart enough to be gifted. I had a distorted view of what giftedness is and compared myself to that image. Logically, I dug my heels in when someone called me gifted. But it did start something. I became curious and started to discover and learn more about giftedness. Only then did I find out what the role of intelligence is and why it is not the easiest trait to identify with.

Although intelligence alone does not make gifted, it is an important part of giftedness. This intelligence can manifest itself in various forms. Howard Gardner’s theory calls this Multiple Intelligence, seeing intelligence as the ability to solve problems. According to him, everyone has a number of specific skills in areas such as mathematics, language or music that can be used.

SMART ENOUGH TO BE GIFTED?
The intelligence component is what most gifted people say first, u2018that does not apply to meu2019. Among other things, because we often confuse intelligence with never making mistakes, always knowing all the answers, achieving high results and being successful. Especially if you are used to seeing things differently and being the odd one out, there is a good chance that you have started to doubt yourself and your own intelligence. That can make it difficult to consider yourself gifted, to call yourself gifted and to say it about yourself.

Sometimes the solution is to take an IQ test. This test can provide information about the extent to which an above-average intelligence is present. But it is important to realize that an above-average intelligence will not necessarily show up on an IQ test. In addition to being intelligent in several areas that are not all measured, the IQ test is also a snapshot. This means that the IQ test can be influenced by factors such as tension, motivation, fatigue, distractions, underperformance and fear of failure.

If the IQ test shows an above average score, giftedness can be confirmed. But a score below 130 (which is the lower limit of giftedness) does not necessarily rule out mental giftedness. The question is to what extent you find it necessary for yourself to get that external confirmation, and whether it will no longer benefit you if you invest your time and energy in finding the internal confirmation.

WHAT CAN YOU DO?
Did you find recognition in certain characteristics? Then immerse yourself more in giftedness. Go read and learn more about it. Be curious and discover what fits with who you are. Then investigate what giftedness means exactly for you.

Also know that in the end it’s not so much about the label and that you don’t have to prove anything to anyone. It’s about getting to know yourself better. That you understand how you are wired, what you need and what your unique gifts are. That is where the greatest value lies for you. From there you can better find or create your place in this world so that your gifts also come into their own.

If you decide to have yourself tested for giftedness, make sure that you have it done by a specialist in the field of giftedness.