Your child on martial arts, a good idea? 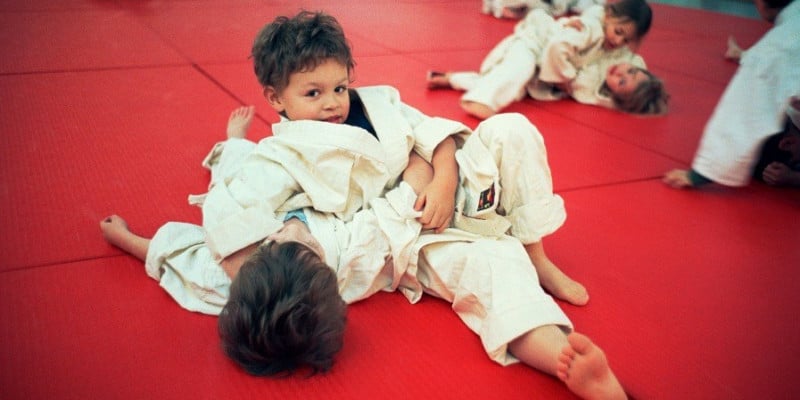 Many people have their doubts about choosing a martial art at a young age. Is this right? What are the advantages and disadvantages of practicing martial arts as a child and are all types of martial arts accessible to children?

Judo is a common choice for children, but this is less true for martial arts such as karate, aikido and boxing. This is probably partly due to the fact that judo is essentially a defense sport and has a different approach than many of the alternatives.

Are martial arts bad for kids?

The question of whether martial arts have a negative effect on children’s aggressiveness is a concern of both parents and academics. There is evidence for all possible results: martial arts have no, a positive or negative effect. But this effect has more to do with factors related to practicing a martial art, such as the atmosphere and way of coaching, than with the sport itself.

French research has shown that martial arts do not attract naturally more aggressive children. It is therefore not the case that your child automatically comes into contact with a ‘bad’ environment by practicing a martial art. Although this type of sport often appears aggressive to outsiders, it is based on many values that many people can learn from.

Don’t forget that training for children is significantly different from training for adults. Sparring is not allowed with children and physical contact is subject to strict rules. Children also go into class well protected and not all blows, kicks and punches are allowed.

What does your child learn from martial arts?

Various studies have shown that practicing a martial art has positive effects on the athlete’s personality and well-being. For example, children between the ages of 15 and 18 who practiced Taekwondo were happier than other peers. Martial arts children are also often more modest, more optimistic, more enthusiastic and have more self-confidence.

Modesty, self-reliance, self-confidence, respect and discipline are values that are central to almost all martial arts disciplines. During the training, these terms are discussed a lot, both during practice and during rest moments.

The purpose of a karate, boxing, jiu-jitsu or any other type of class is not to teach children that fighting is the solution or that they should apply what they learn during training as much as possible beyond that. Instead, children learn to control their own frustration, learn respect for their opponent and allies, and learn that they are in control of situations.

If your child wants to take up martial arts, visit different schools to soak up the atmosphere and watch a lesson. Is the above values emphasized and is excessive competitive or aggressive behavior corrected?

Busy children can release their energy in martial arts while at the same time learning to focus. For insecure children, the sport is suitable for building self-confidence and resilience. Familiarize yourself with the different types of martial arts to find out which form suits your child best.